← more from
Scissor and Thread
Get fresh music recommendations delivered to your inbox every Friday.
We've updated our Terms of Use. You can review the changes here. 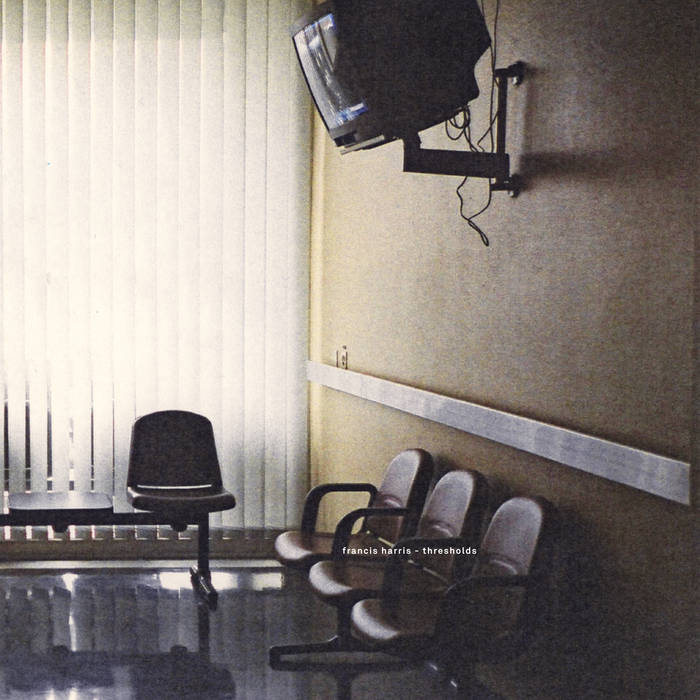 Carsten Martin Steffen This is a journey. The depth amazes me, as it does with Francis Harris' music in most cases. Highly recommended for anyone with an open mind and who is ready to discover new sounds and vibes.

Beginning with 2012’s Leland New York artist Francis Harris has been doing a deep dive into the sonic swells and contrapuntal granularities that articulate our most abstract, and sometimes slowest moving, virtualities. Through found sound, analog synthesis, and concise instrumentation Harris has delivered works that transcend the diagrammatic exposition often found in electronic music in an attempt to redraw the landscape of how such music is received and understood. Rather than valorize the fragment, the ambient, even in some cases the song, Harris’s albums offer networks of complex interiorities that endeavor to act as whole worlds unto themselves replete with memory, possibility, loss, and a radiant albeit tenuous hopefulness for the future.

While previous albums, most notably Leland and Minutes of Sleep (2014) as well as two albums released as one half of the duo Aris Kindt (most notably the stellar Swann and Odette from 2017) have relied on singular thematic and narrative drives that were often of a personal, collaborative, or hermetic in nature, Thresholds is an album that aspires to sonic universality and the presentation of a fully formed psychoacoustical world. That being said it is not an “album of ideas”. Inspired by the ecological and political upheavals of the present and the role of speculative thought as an avenue of global transformation Thresholds is the work of a mature artist fully in control of his powers. Both expansive and nuanced the album widens the aperture of the affective possibilities of the electronic assemblage; themes skip from one track to the next, elevating and informing each other in tangible fields of abstract figuration. The titles, while often heady, concisely allude to strategies implicit in the construction and arrangement of the works: Cut Up, within the context of the album, is exactly that. Luck Takes a Step juxtaposes stately synths with just the right touch of playful fluctuation and latent atonality. The title track itself is a knotted mass of uncertainty and propulsive beats the breakdown of which is a nervous series of fits and starts that resonate not just within the track but as the fulcrum of the entire album: the threshold of our Threshold:
“…we are caught up in our own original transversals of time to the point of dissolution, and that which remains a part of the contrivance of ourselves is ultimately that which crosses the threshold and is somehow, miraculously, reconstituted on the other side of it. Because it is via the threshold that we can best observe the conditions of experience as lived even as we cross to the other side of understanding, rejoining the ancient equilibriums of which we, in our depths, are comprised.” (From the liner notes)

No track overstays its welcome and with the help of standout vocalist Eliana Glass, and instrumentation by Dave Harrington, Mark Nelson (Pan American), Will Shore, Greg Paulus and Gareth Redmond, and mixed by Phil Weinrobe, the result is a dizzyingly pure inward gaze that is first and foremost an album about connection.

Frayle's Gwyn Strang and Sean Bilovecky join the show to talk about their cathartic new album.